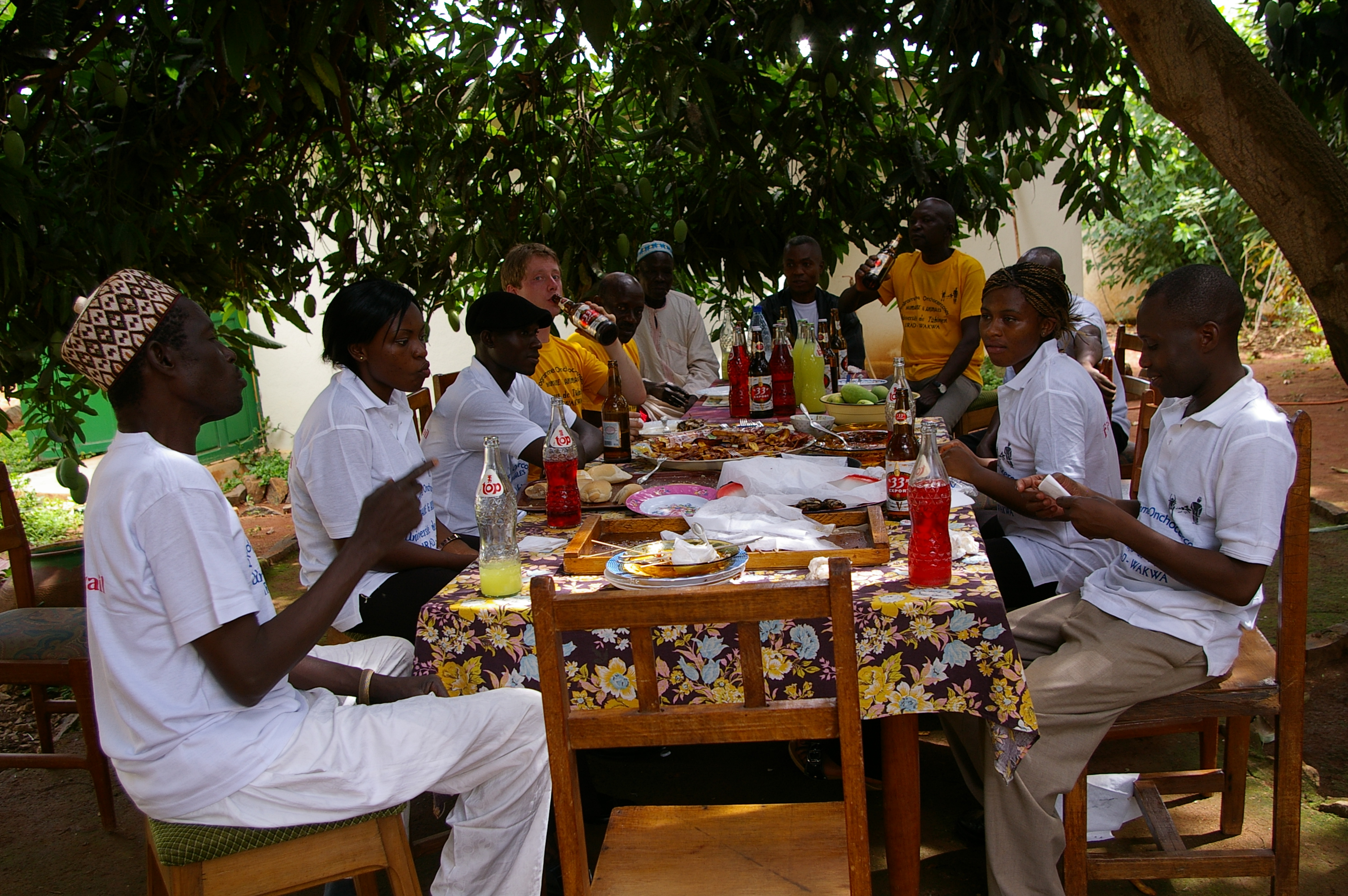 Since my study of biology is focused on tropical diseases and parasites, I have been drawn into the African continent south of the Sahara. My first stay was in 2006 at one of Africa’s best universities in Cape Town, South Africa, where I attended lectures and courses on this topic. For my PhD, I decided to focus on field work, which I was lucky to find on a remote field station right in the center of Africa: Cameroon. I worked and lived in a small city in the tropical savannah region for over three years, and thus got more than a glimpse of what life means in that part of the world. People of various religious and cultural backgrounds like Muslims, Christians, nomads, farmers and animists live together in an astonishingly peaceful manner.

Though they called me ‘Nasarra’ which may loosely translate to ‘a person with no skin’, I considered them as warm and gentle people, and they often invited me for parties and celebration

Since the beginning of this year, I moved to the shores of the Baltic Sea in Greifswald, where I work for the Federal Research Institute for Animal Health, the Friedrich Loeffler Institut. Because some of mankind’s most dangerous infectious diseases like Ebola, HIV, West Nile or African swine fever, all of which are caused by viruses, were first discovered in Africa, my task is to form new networks with partners from Sub-Saharan Africa, as well as strengthening the already existing ones.

So far, I have met scientists from Mauritania, Cameroon, Egypt, Nigeria, Sierra Leone and Zambia, and launched a new collaboration project with colleagues from Mozambique and Zambia. For me, it is a great honor to work with these bright and dedicated Africans for a common goal: the fight and control of emerging infectious diseases which pose a risk to lives of millions of people and their livestock. I believe that a close partnership is vital, not only in order to be better prepared against new outbreaks and threats, but also to nurture friendship between nations by way of building up mutual trust and respect.