In late March 2020, the South African government announced a lockdown to reduce the spread of Covid-19. This lockdown was widely praised for its resoluteness, but it had devastating social and economic effects especially in low-income communities. Many poor households in urban and rural communities in South Africa already struggled to access food, medicine and other essentials before the crisis. Even though the regulations were eased after a few weeks, the government´s “lockdown” radically suppressed the informal economic sector. Many households that relied on informal trading or precarious gig-work found themselves without any income to buy food. The social grants paid by the government to children and the elderly do provide a vital cushion against adversity but became hopelessly inadequate relative to the scale of the hunger crisis. This is also because many households were pushed into hardship that were not included on the government’s list of grant recipients, and so the government had insufficient information about who was in need and no effective logistical means to help them. As a result, the Covid-19 public health crisis morphed into a hunger crisis. Currently (August 2020), almost half of South Africa’s population does not have the financial means to buy sufficient food and many families reporting that they frequently go to bed hungry. As the government struggles to provide relief to these households, diverse solidarity networks have sprung up to fill these gaps, at least to some extent.

In our research, we (a group of researchers from the Universities of Cape Town, the Western Cape and Stellenbosch as well as social activists and entrepreneurs) are participating in and studying several of these initiatives. These experiences and research have shown us how existing and new networks can play an important role in alleviating suffering caused by COVID-19.

Locally embedded actors can build on local knowledge and relationships developed prior to the crisis. For example, Christine Fyvie has been working with the NGO Boost Africa for many years in one of Cape Town’s most vulnerable communities, Dunoon. She had set up after-school clubs to help children from particularly vulnerable households. This gave her useful information about which households were at particular risk and how to channel food and other essentials to them. Even so, ensuring that the food was getting to those most in need has been a challenge. She told us:

“Some individuals or groups make use of distributed food to enhance their power in the community. Others won’t put up their hand even though we know they really need it. It is only possible to navigate these tricky dynamics with some knowledge of the community and with some trust among its members.”

A second example shows how social entrepreneurs can match the growing need with diverse sources of supply. For example, the social enterprise Food Flow has created novel network connections in response to the crisis. It was established just before lockdown started in Cape Town, when the founders realised that small farmers in their area were losing their customers among hotels and restaurants, while vulnerable households were going hungry. Their response was to use donor funding to buy food from the local farmers and deliver it to local NGOs working in low-income communities. The initiative was very successful. They initially hoped to redirect about 150 bags of produce a week. But by the end of their first week, they had raised so much money that they had facilitated the delivery of 3,500 (each provides for about 10 meals).

Our third example is the remarkable emergence of Community Action Networks (CANs) in diverse neighbourhoods in Cape Town (and now also elsewhere in the country). Given social and spatial inequalities in the city, their purpose is to promote and show solidarity across communities. There are over 15 000 volunteers registered in about 150 such CANs in the Cape Town metropole. They are connected in an overarching network called Cape Town Together. The CANs have facilitated an impressive exchange of finance, food, and other physical resources. They are also exchanging information about local needs and how best to address them.

The examples above show the importance of the local knowledge and relationships, the innovation, and the local responsiveness that solidarity networks can bring to addressing the COVID-19 hunger crisis. For example, in the Western Cape, the Economic Development Partnership estimates that such initiatives have contributed about half of all food aid in recent months. We argue that the government and other large organisations need to recognise the complementarity between their own efforts and those of emergent solidarity networks and invest efforts to building this into partnerships.

In summary, the scale and spread of civil society activism in response to COVID-19 has been remarkable. Some of these initiatives will likely dissipate as their resources are depleted and as the crisis evolves. But some will maintain their momentum and adapt to changing circumstances. The spirit of community organising has strengthened and that is a silver lining among the dark clouds of our current times. 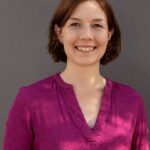 Annika Surmeier is a founding member of ANSA e.V. and currently lives in South Africa. She works as a Marie Curie Global Fellow at the University of Cape Town, South Africa & the University of Manchester, UK. In her research, Annika investigates how actors (social entrepreneurs, corporate and intermediary organisations) can develop, implement and scale innovative, context-adapted solutions to pressing societal challenges.