At the ANSA conference 2020 in Passau, Julia Renner gave a presentation on the topic “Kenya’s Government Under Pressure: Lockdown Increases Hunger and Unrest”. Here, she summarizes the talk and reflects on her experience of sharing her work during the conference.

Worldwide, it is estimated that 820 million people are suffering from chronic hunger. The UN aims to overcome global hunger by 2030, but the road towards this goal is long. Welthungerhilfe now warns that the corona crisis could also destroy the progress already made. In most European countries, the United States or in China, supermarkets continued to run as normal as during pre-corona times. However, in many countries of the Global South the lockdown implied closed supermarkets and interrupted food supply chains, leading to increased hunger, thefts, and social unrest.

Curfew measures and their impact on the people in Kenya

In my talk at the ANSA conference 2020, I first gave a brief overview of the measures the Kenyan government has put into place to contain the spread of the coronavirus. After, I laid out the many determinants of the economic situation in Kenya to show that those measures and the current economic situation are working against each other. Additionally, I highlighted how “ordinary” people in Kenya perceive the situation and why social unrest, violence and inter-communal conflicts are on the rise. I used the example of Kibera, the largest slum in East Africa. There, most people are self-employed, work in the informal sector and find new jobs on a daily basis. Given the situation, many have been forced to skip a meal or to eat less because they did not have enough money to buy food. The constitution of Kenya guarantees the right to food. However, the Kenyan government did not provide much aid to the people. Thus, during one of the rarely happening food distributions, there were reports about riots and outbreaks of violence between the inhabitants of Kibera and the police.

This is one example of many which shows that the people’s discontent with the state is increasing. In some parts of Kenya’s larger cities, criminal gangs have managed to establish local power centers which are gradually expanding. These small groups have been manipulated for political purposes in the past and there are increasing concerns that they are going to be instrumentalized for political purposes again ahead of the 2022 presidential elections. To end my talk on an optimistic note, I closed with some positive initiatives which try to bridge the gap between the youth and different ethnic groups.

One step at a time is better than nothing at all

Having done field research in Kenya and Uganda, I am quite familiar with food restrictions and the social and economic situation in places like Kibera. On the one hand, I was amazed to see how the people try to make a living from day to day. On the other hand, I could not understand how the political elite or the international community is taking a blind eye on the situation. Even though it would be impudent to say I can change the situation there, occasions like my talk at the ANSA conference in Passau always are an exciting opportunity to share my experience with a diverse audience and to discuss initiatives and problems with people from Kenya and other parts of the world. Those who attended my presentation engaged in a very interesting and educating conversation with me. The discussion also showed that it is very difficult to overcome the ethnic and political divide in Kenya. However, members of the audience welcomed the presented initiatives to bridge these gaps. In the end, we came to the consensus that if we turn a blind eye on the situation, there will not be any chance to change the situation at least a tiny bit. A challenging road is ahead of us, but with joint effort and like-minded people, we will be able to at least start the journey for a – hopefully – better future. 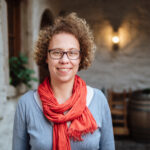