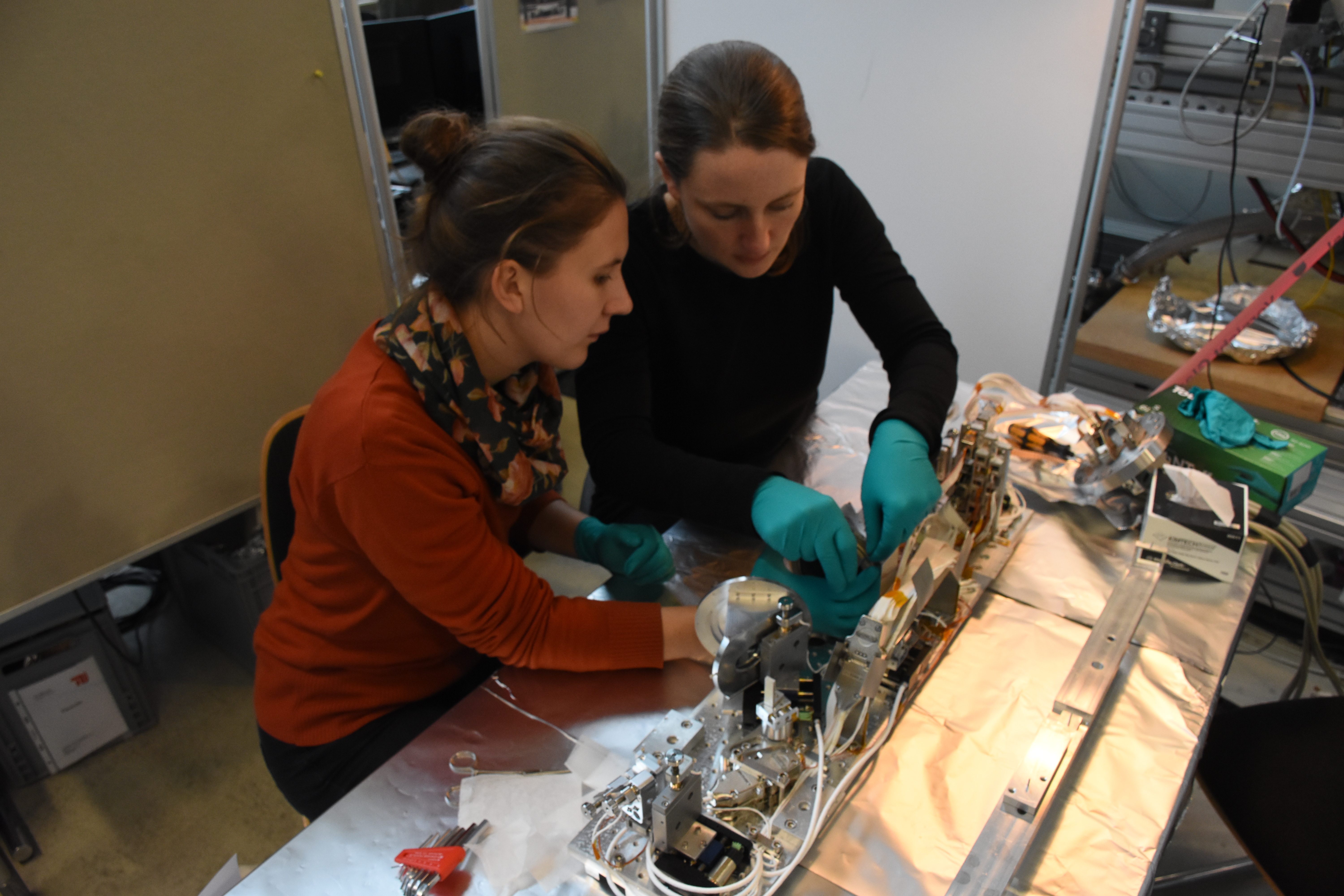 When examining small structures, one needs a microscope. That’s how we all learned it: It only takes an elaborate arrangement of glass lenses to magnify a small beetle or a string of hair. But such an optical microscope has its limits: Generally, the resolution limit of a microscope is set by the wavelength of the light that is used. So if we want to look at structures as small as a molecule or an atom, we need light with a smaller wavelength (i.e. higher energy) than the visible light – for example X-ray radiation.

For that purpose, so-called “Free-Electron Lasers” (FELs) have been developed. They provide very bright and energetic light in the X-ray regime. This light’s wavelength is small enough so that it’s possible to resolve structures at the atomic scale. These sophisticated FELs take us one step closer to the future vision of the “molecular movie”: One day, researchers would like to be able to shoot a direct movie of a molecular sample, for example an evolving protein structure or a virus.

But to get to that goal, there is one big obstacle: Those high energies that are needed to get a picture of the sample in the first place also destroy it in the process. While imaging the sample, we can’t avoid tearing it apart. That’s why it is crucial to get a clear understanding of what happens when the X-ray pulse hits the matter that we want to examine.

This is where our research comes into play. We investigate the interaction between intense X-ray pulses and matter. Clusters of rare gas atoms such as argon and xenon serve as model systems for samples of sizes in the nanometre regime (0.0000000001 m). With so-called “pump-probe” experiments, we keep getting a better understanding of the dynamics that are induced in the sample.

To conduct the experiments, we usually travel to one of the few FELs in the world for some weeks every year. But the biggest chunk of work starts afterwards: Terabytes of collected data need to be organized, analysed, discussed, and interpreted. No-one can do all this alone: So, in contrast to the common stereotype of physicists, we need to be very communicative and creative. It’s a versatile work that I’ve really come to love. And hopefully, one day, my colleagues and I will have played a little part in the creation of the first real movie of a molecule!